Carved ivory
Signed "Julien" in engraved letters in the vertical left fold of the peritonium and "P.Julien" in ink on the right side of the hip
Bears the numbers 225 and 12 on the reverse

This cross Christ was executed by the Parisian ivory native of Dieppe, Pierre-Louis Modeste Poisson (1807-c.1880), also said Pierre Julien. Presented at the International Exhibition of Paris in 1867, this model inspired by the Dieppe school of the 17th century is revisited and awarded a silver medal/ Bringing a lively engouement, this model is then taken up by a number of sculptors, including Jean-Baptiste Lefèbvre (1846-1906). 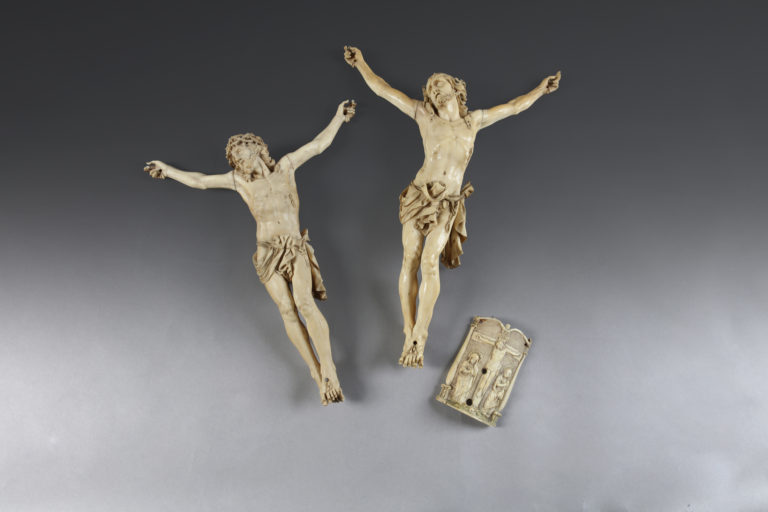